Back to all posts

The most essential part of success

I challenge you. But first…

Recently I had the chance to talk with Joop Alberda, an Olympic gold medal coach in volleyball. His main message: ‘my job as a coach is to have my players fail at a convenient time’. That didn’t compute for me, so he followed up: ‘when in your life have you learned most?’.

It was the second sentence that helped me remember several stories I’d read. One being the difference between successful and unsuccessful people. Which comes from successful people trying more things and doing them more often. Allowing them to eventually beat the odds to win. Another come from Jeff Bezos who once said ‘failure and innovation are inseparable twins’. For me there is one that tops even these; the answer that Edison gave when asked ‘what it was like to invent the lightbulb’, saying ‘I first succeeded in finding 10.000 ways not to invent the lightbulb’. Once he had done that, it was simple.

This got me thinking about how we currently view mistakes, errors or failures in business. In multinationals we often see departments for controlling the chance of failure. At the same time failures are often seen as personal low points. My personal experience working at several multinationals was that certain failures were what was called a ‘CEM’ or Career Ending Move, as I worked in an ‘up or out’ culture as a young professional.

At the same time, we know fear of failure destroys creativity and creativity is required for innovation and success. Lack of creativity also feeds into doing things the way they have been done, which slows learning curves of both individuals and businesses as a whole. This leaves the question, ‘what is a more effective way of viewing failure?’.

People like Edison and Richard Branson, who took on Coca Cola with Virgin Cola and failed, believe there is no such thing as failure. I’m quite sure they’re right. If Edison succeeded in finding 10.000 ways not to do something, failure is the same as glass half-full/half-empty. It’s a point of view. What I love this way of looking at failure is empowering and creates a fearlessness.

So how do we as (personal) leaders create an environment that feeds into this view of failure?

1)    Create trust within your team. This is easier said than done but as a leader it is your responsibility to trust first, so your team can start trusting you in return. Being open and honest works wonders in this area, so share your thoughts and share your intentions. Also, step away from (micro)managing and start leading.

2)    Work on assumptions. We all have many assumptions on what is right and what is wrong, keeping us within the safe bounds of not failing. In a business setting you can start widening this a little. Specially if you explicitly communicate ‘let’s try, see and adapt until we get it’.

3)    Adopt coaching-leadership. This way of leadership, which is getting more traction every day, allows you to empower your team and move away from more directive management. In short, stop telling and start asking; stop talking and start listening and make it a habit.

So for the ones sticking around for the challenge here it is. What has been a (huge) failure of yours where you are or have learned from. I’m equally interested in the failure as I am in the lessons, so let me know. On February 14th I will pick the most fun, interesting, inspiring example and send a hand picked book that I feel fits with your failure and/or lessons!

Back to all posts

Want to receive updates about ZYN Tribe? Leave us your e-mail and we keep in touch. 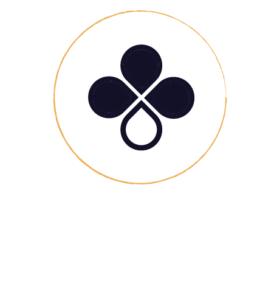 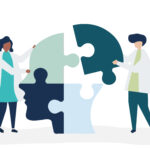 (Inner) Leadership 101: The Importance of Self-Awareness

This website uses cookies to improve your experience while you navigate through the website. Out of these, the cookies that are categorized as necessary are stored on your browser as they are essential for the working of basic functionalities of the website. We also use third-party cookies that help us analyze and understand how you use this website. These cookies will be stored in your browser only with your consent. You also have the option to opt-out of these cookies. But opting out of some of these cookies may affect your browsing experience.
Necessary Always Enabled
Necessary cookies are absolutely essential for the website to function properly. This category only includes cookies that ensures basic functionalities and security features of the website. These cookies do not store any personal information.
Non-necessary
Any cookies that may not be particularly necessary for the website to function and is used specifically to collect user personal data via analytics, ads, other embedded contents are termed as non-necessary cookies. It is mandatory to procure user consent prior to running these cookies on your website.
SAVE & ACCEPT
HOME